We have some very exciting news to share! Kristin McLaughlin of Twenty Over Ten was named the winner of the Gold Stevie® Award in the Support Staffer of the Year category in The 17th Annual American Business Awards® this week.

More than 200 professionals worldwide participated in the judging process to select this year’s Stevie Award winners. “Very impressive improvement to response time. Outstanding professional,” praised the award judges when providing feedback during the judging process. “This is exactly the type of person this category is made to showcase. Every company has those few people that just take ownership and make things happen even if they’ve never done it before. Kristin seems like the type of person that anyone would want to have on their team.”

The American Business Awards are the U.S.A.’s premier business awards program. All organizations operating in the U.S.A. are eligible to submit nominations – public and private, for-profit and non-profit, large and small.

“We are incredibly proud of our support team and honored to be recognized by the American Business Awards. This award showcases Twenty Over Ten not only as a leading tech company providing award-winning support services to its clients, but also as an excellent American business.”

The entire team here at Twenty Over Ten is ecstatic to have won such a prestigious award and we want to congratulate all of this year’s nominees and award winners. 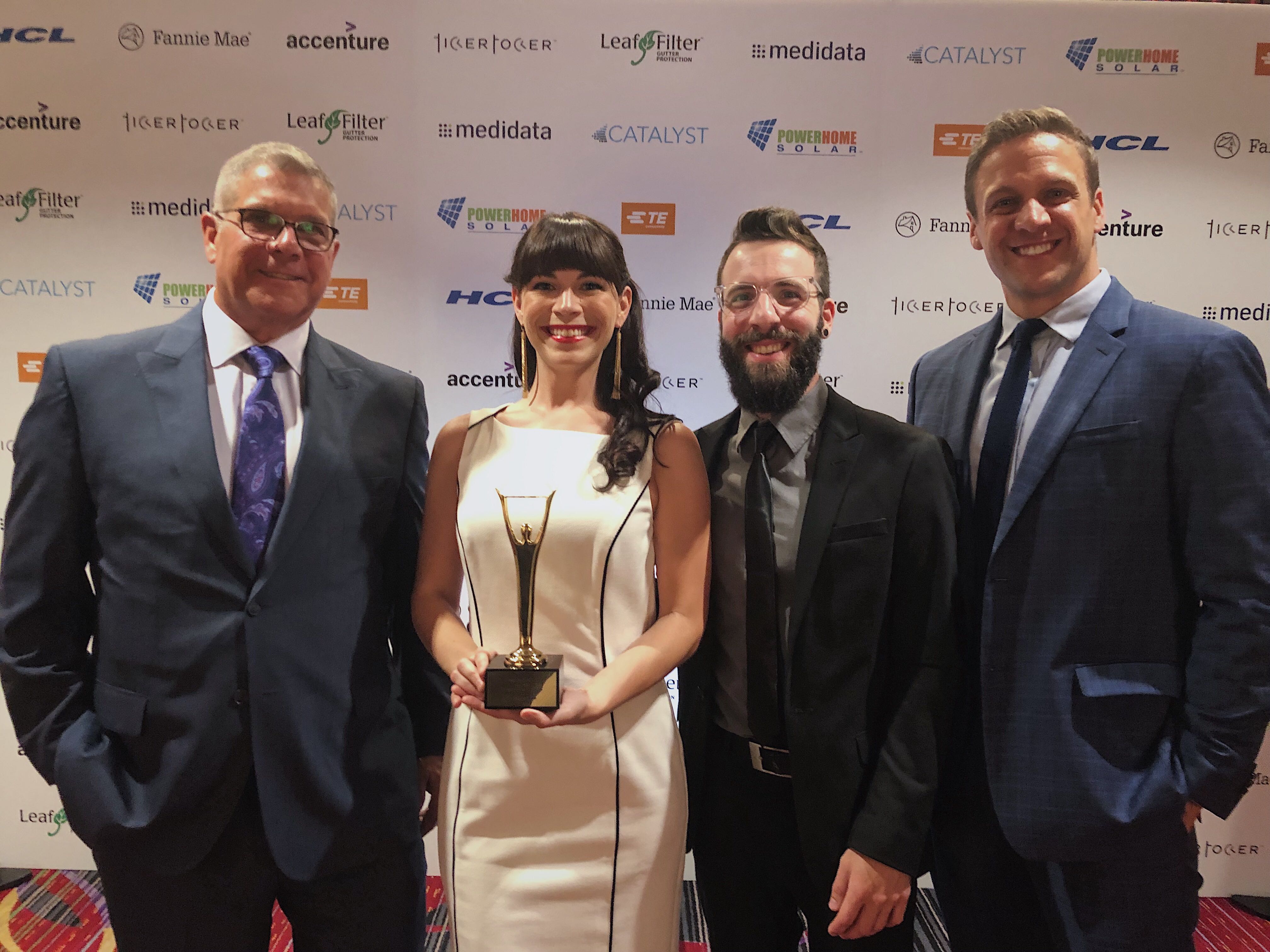 (L-R) Twenty Over Ten Co-Founder Edward Russell, Client Support Specialist Kristin McLaughlin and Co-Founders Nick DiMatteo and Ryan Russell at the Marriott Marquis Hotel in Times Square in New York City on Tuesday, June 11, 2019, where they were honored as a Gold Stevie® Award Winner in 2019 American Business Awards® for Support Staffer of the Year in the 17th Annual American Business Awards®. 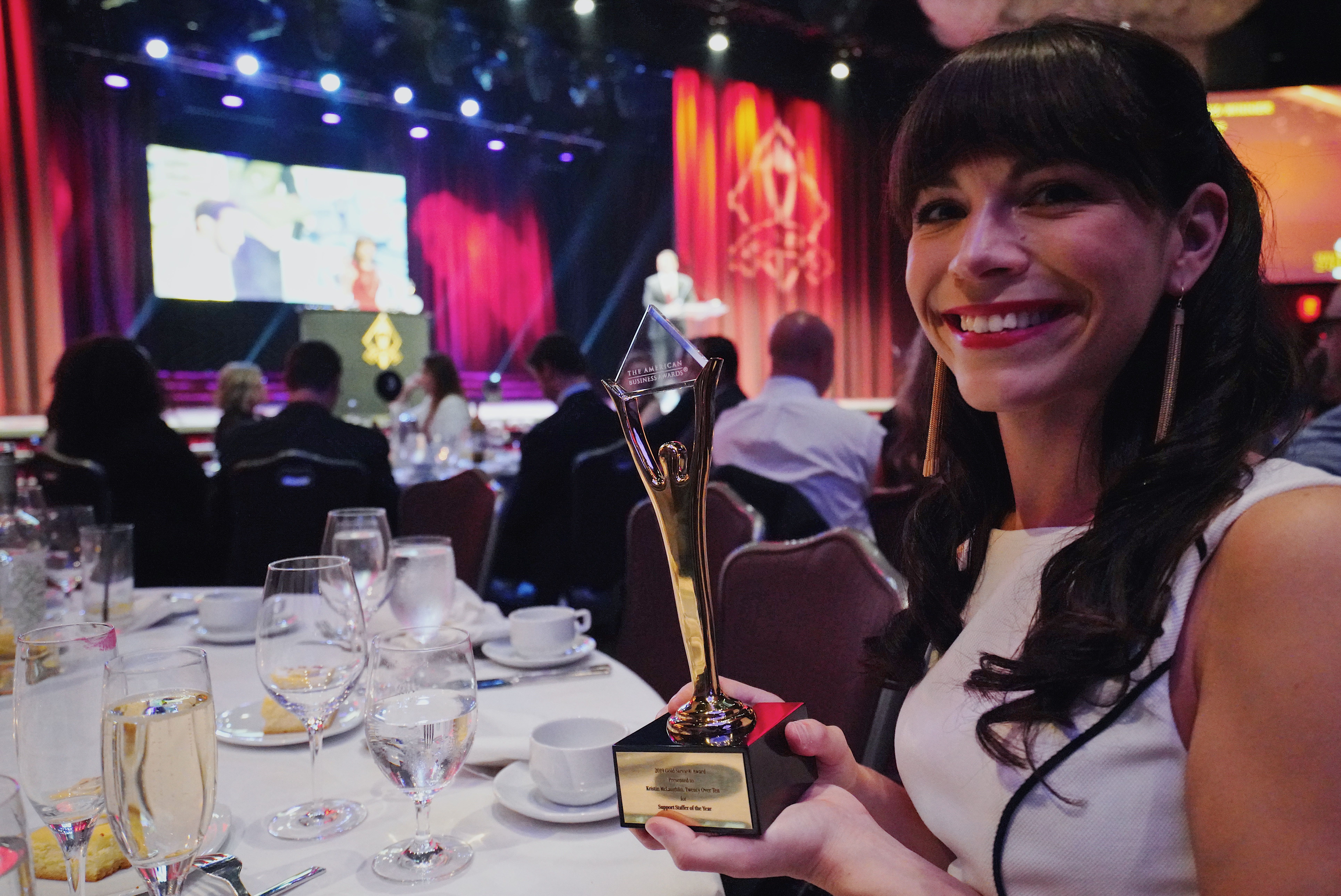 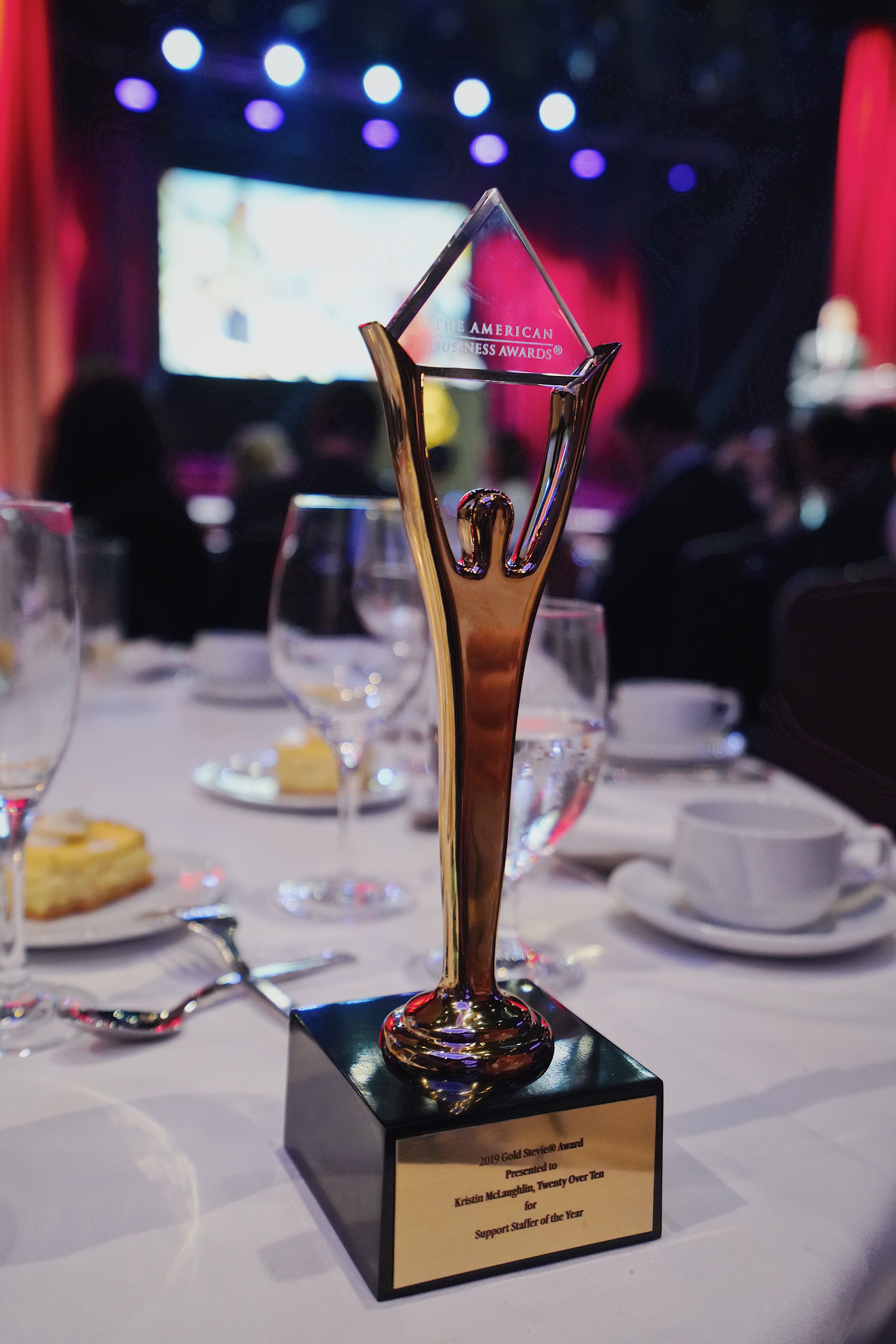 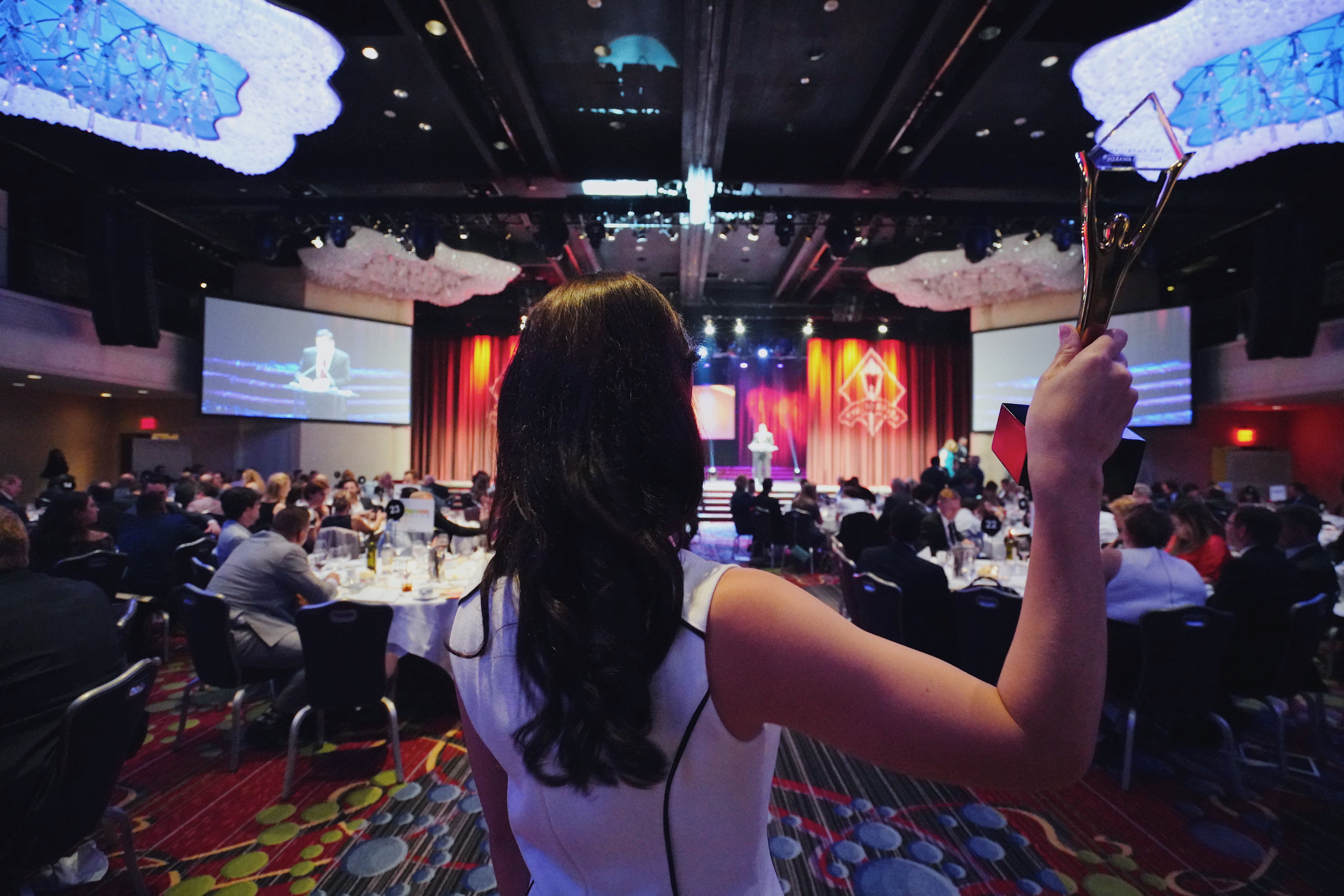